I am starting a series of mini tutorials on Ninjatrader 7. Not how to create a chart, or anything like that. More like how to tweak it to really make it your own, and overall make NT as useful as possible.

Basically, the series will be things you didn’t know you needed to know about NT7. Well, maybe you didn’t need to know them, but along the way I’ve discovered some things which are extremely useful but not very obvious. Hidden gems, if you will. It’s part of NT’s inimitable charm, methinks.  So, here we go.

Did you know you can make colors in NT partially or completely transparent?

I love to use transparency because I typically have a lot of drawings and lines on my charts, and when they are not fully opaque nothing is ever really hidden. So how do you do it? The geek term for it is the “alpha channel.” In computer graphics, all colors are represented by some combination or red, green and blue, and each of those colors are in turn represented with numbers in the range of 0 to 255. 0 being very dark and 255 being very bright.

Now, most don’t realize that there is a 4th piece of the color puzzle. Yup, you guessed it, the alpha. The range of possible values for the “alpha” or opacity part of the color is also 0 to 255. 0 being completely transparent and 255 being totally opaque.

All the color sequences in the NT parameter windows (for indicators and bar data series) are described either by name, or with a series of 4 numbers separated by commas. Each of these numbers can be in the range of, you guessed it, 0 to 255. The sequences are arranged as follows:

for alpha, red, green and blue.

which for red color, in plain English, translates to 3/4 transparent, completely red, not green at all and not blue at all either. Same idea for green. So if I start with a chart that looks like this: 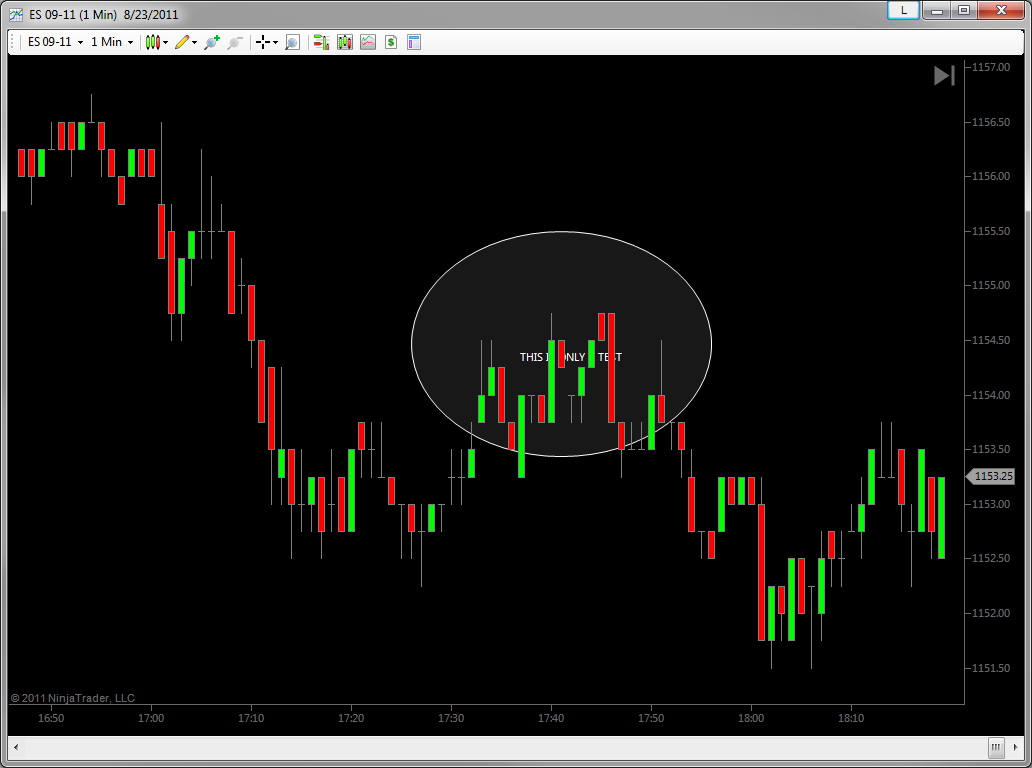 I can end up with a chart that looks like this, where I can actually read the text inside the circle: 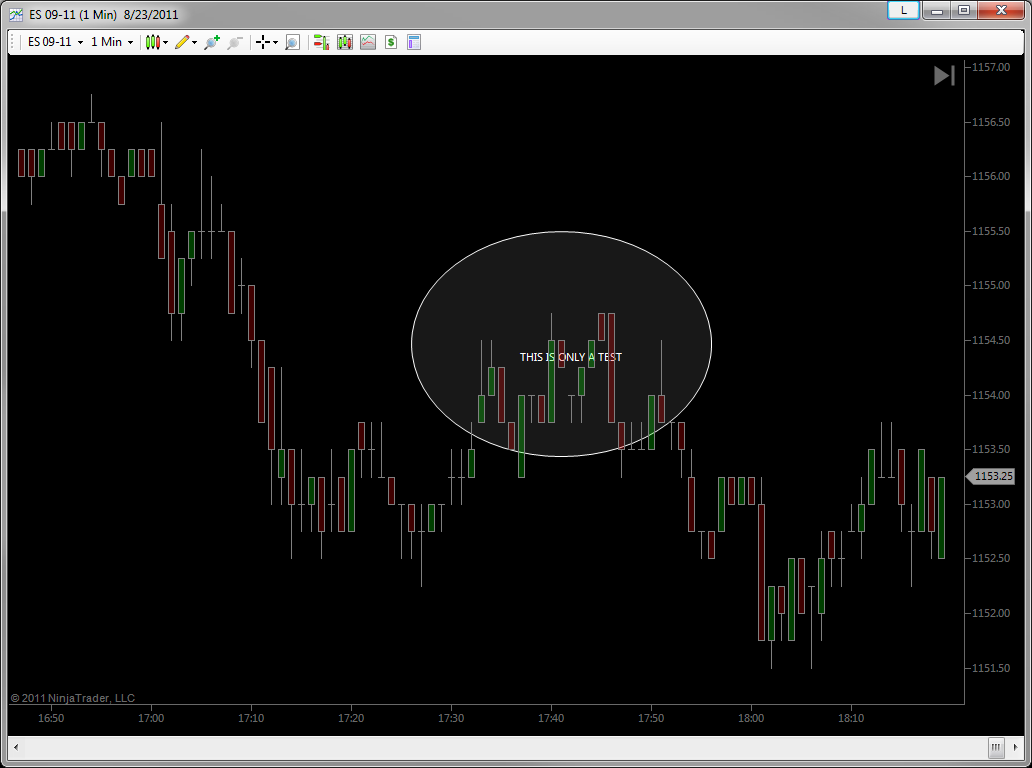 Here is the data series parameter window, with the appropriate settings highlighted: 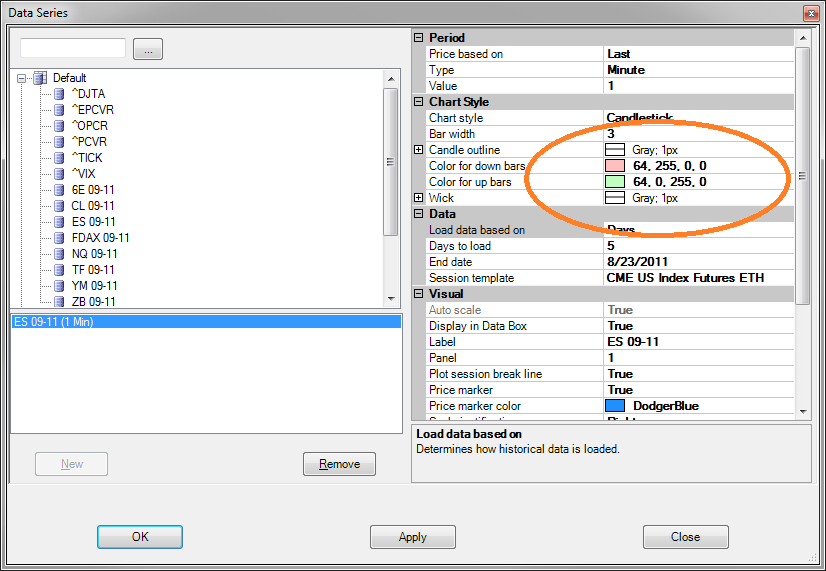 Until next time… trade ’em well.

Update: in part two I show you how to draw shapes all charts for a given instrument at the same time.