One of the things I am asked most often is “which data feeds work with the Acme suite?” It’s both a tough and an easy one to answer. Really, any feed supported by Ninjatrader that has price and volume data will do. That’s the easy answer.

However, they are not all created equal. Without addressing detailed questions about reliability – I have only anecdotal experience with many of the feeds listed below – let me list the feeds I now know Rancho Dinero/Acme members to be using, in no particluar order:

As time goes on I expect to add to this list. And if I missed one, or if I’ve missed some important aspect above, please let me know. And certainly, if you have personal experience with any of these feeds and have something to say, especially regarding quality and reliability, feel free to leave a comment.

The Pro-level packs and membership options have at long last jumped out of the bushes and yelled surprise!  Though, in truth, I said this was coming so it wasn’t really a surprise, but that last sentence painted an interesting mental image, no?

Anyhow, I’ll be sending out a note to the membership shortly with some more information.

So far, there are two upgraded packs and one totally new pack at the Pro level:

In other news, I posted a really small update to the Acme Volume Profile Pack and called it 4.0.7.1. With the new profile rendering engine came a change in behavior to right-facing micro-composites. I had not realized that some folks were using the old behavior for some very specific scenarios, and I changed it slightly so that it could be used as it was before with right-facing MCs.

If you did not notice this change, then there really is no need to update. But it’s there if you’d like to.

OK, that’s it. Take it easy out there. Seems like it’s gone from boredom to terror and back to boredom in the markets this week. So now more than ever, trade ’em well… 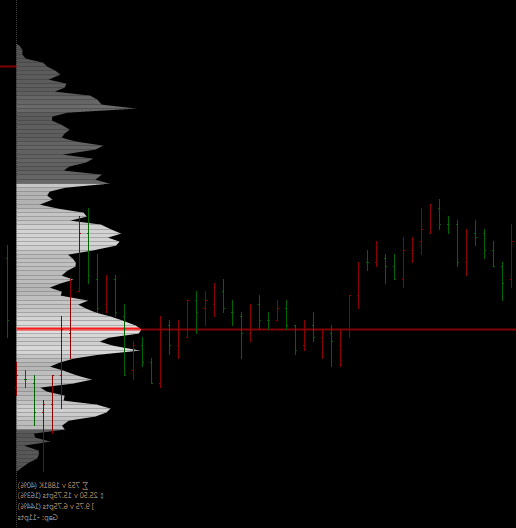 I have a pretty large volume of updates to share with you today. Lots of new features, a few minor fixes and some new multimedia goodness

Let’s start with the multimedia goodness. I’ve converted many of the text/image pack how-tos into screencast videos. I’ll continue converting the rest and making more in the future. Now that Rancho Dinero has a very global audience, many of whom are not native English speakers, I think these actually work better and in all honesty are a little faster to create. On top of that, they are a whole lot more fun for me to make. So there you go.

Check out the initial batch of screencasts here.

All profile variations can now be rendered in one of 4 types – 2 styles of both hollow and solid. Not only that, but I spent a good deal of effort over the past few weeks on improving this pack’s already speedy performance. I managed to squeeze out about a 15% reduction in CPU usage, and it’s memory usage is now similarly reduced. I am pretty pleased with the results, and I hope you will be too.

I am anticipating that this will be the last release marked beta. Thanks to input from many of you, this one should have all the kinks worked out and is quite solid now. For this version, I added a few things:

In other news, the Pro-level packs and features are about to make their debut very, very soon. So as they say… watch this space.

Happy holidays again (those of you who are having them now ;-}) and, of course, trade ’em well. Careful out there. Probably piles of news risk this week.