Blog
You are here: Home / Blog / Patterns / ‘Tis the Season(ality)

How’s your weekend so far?

We had all kinds of chatter this week about the Santa Claus rally. So I thought I’d sneak a quick peek in the back of Santa’s sleigh to see what we might expect, historically, across the US indexes, agricultural commodities and the current red-headed step child of the markets – West Texas Intermediate  (symbol: CL) crude oil.

The upcoming week was at least a little weak, prior to  Jingle Bell Rock time,  7 of the last 9 years. The pattern is even more pronounced across the last 50 years.

8 of 9 years saw some weakness or 2-way trade in the upcoming week: 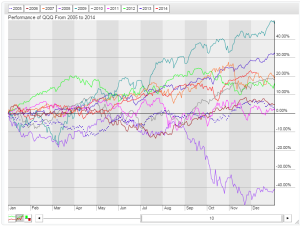 Only 6 of the last 9 years saw some kind of weakness or rotational trade in the upcoming week: 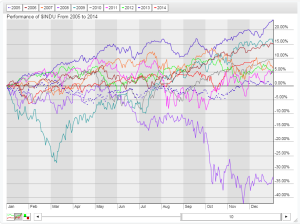 Again 7 or 8 (meh) of 9 years saw some kind of weakness or rotational trade in the upcoming week: 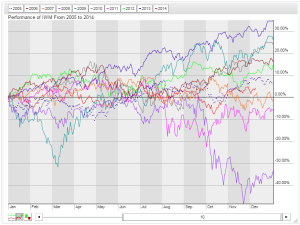 Pretty much a 50/50 proposition on weakness in the harvest basket (symbol: DBA): 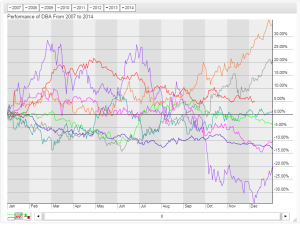 8 of the last 9 years were weak or rotational in the upcoming week: 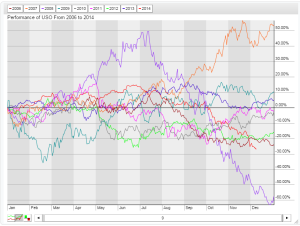 Will We be Weak this Week?

Of course only God and the central banks know the future for certain and they ain’t tellin’. But it looks like the S & P 500 (symbol: ES, SPY, SPX) is trying to follow the dominant historical pattern. There’s certainly some droopiness in the number of issues above the 200 and 50 day moving averages, as well as in the advance/decline line: 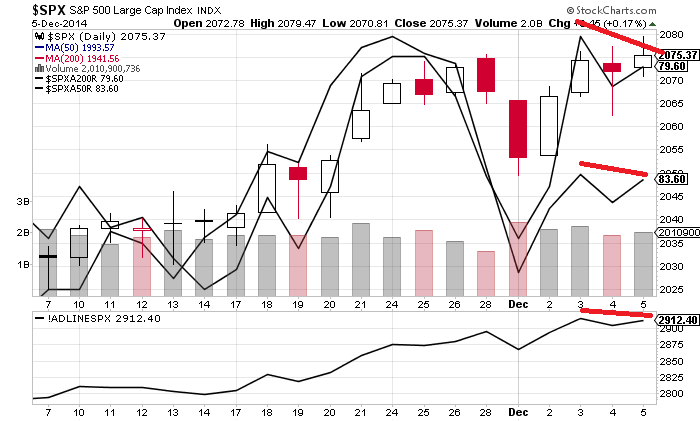 To me, WTI looks pretty determined to test the much-headlined $60 mark. That’s despite the obvious attempts of buyers to balance out the market (short term) at a few ranges of price last week. There’s lots of profiling jargon happening on this chart, but at the bottom line the oil market is still accepting lower prices. See how the points of control (POCs) are positioned on over the last month: 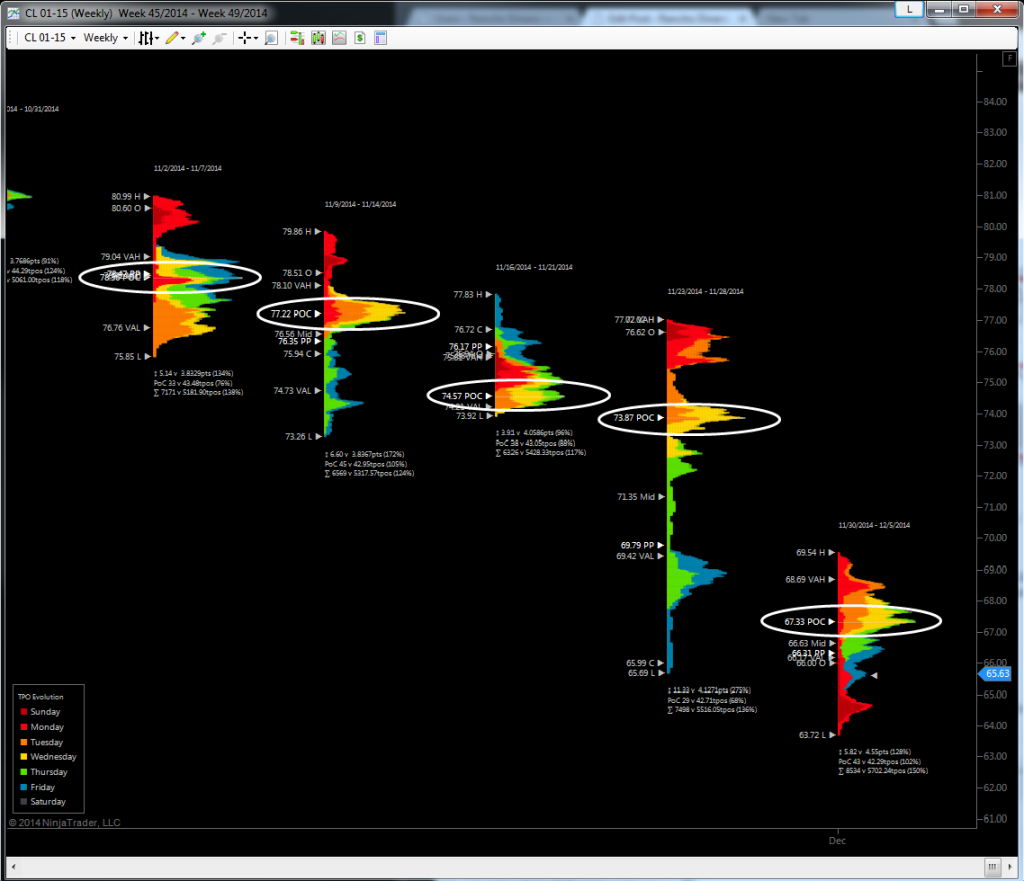 I think we’ll need to see 4 things this week to call it a short term bottom next week: little/no additional capitulation from the long side; a significant balance area broken to the upside with gusto volume or just rocket-to-the-upside action (aka secure/strong low); the short side’s die! die! die! blood-lust bravado turning to fear and loathing in West Texas; and at the end of the week we need a higher POC/VPOC. Probably somewhere between last week’s and the week before’s, should it happen.

We’re at multi-year lows with these prices, so this is one hell of a holiday sale if you’re shopping for crude oil.

History never repeats itself but it rhymes.  –Mark Twain

The Needle and the Damage Done
Scroll to top