Blog
You are here: Home / Blog / Price vs Volume / Don’t be like Ron Burgundy 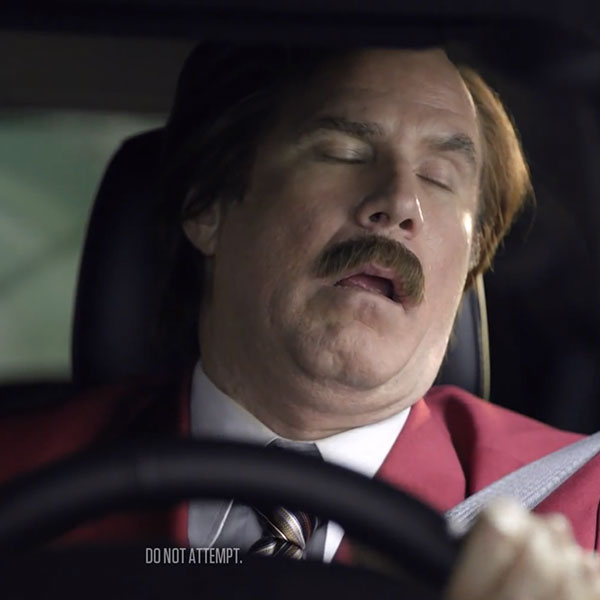 Unless you’ve been asleep at your DOM wheel no doubt you’ve noticed a substantial change in the equity market character since, really, the first week or so of December.

I’ll put it this way, many macro chickens are coming home to roost. We’re not just staring up the same sort of wall of worry that the bulls scaled in 2013 and 2014. The game has changed and the recent market price action is reflecting participants’ struggle to grasp the new rules.

I’ve written thousands of words on this topic over the last few weeks, analyzing this, that and the other macro circumstance. For the first time in a while I don’t think I really have to do that. The monthly and weekly time frame profiles show we’re back to a balanced state having done the needed repair work: 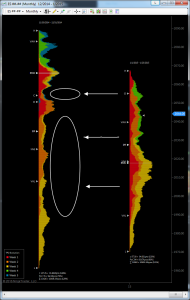 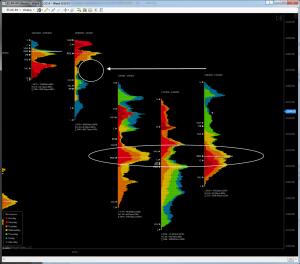 Yep. Pretty clear. So now work in this range is largely done it’s probably time to explore other prices. We have been in the 2050 region literally dozens of times over the past few weeks. And now the fairest price on both time frames is all the way down in the 2015-17 area. So….

In the SPOOs, bulls have but one mission – move that intermediate term fairest price back to the 2060s. On my current volume composite from October 15th 2014, the VPOC moved from 2060 all the way down to 2028 on Thursday. This is a big deal because it’s been up at 2060 since late November. If the bulls have any hope of new ATHs they must regain this ground sooner rather than later, achieve acceptance (widen/reaffirm the balance area there), and use that acceptance as a base for even higher prices. 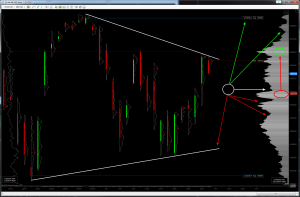 At this point I don’t think it’s of so much of technical importance that bulls have to move price up. We’ve been in this range for what seems like forever. What’s the harm of hanging out a while longer? Well, I think their mission instead is to generate the psychological confidence needed among retail equity buyers to act (stir the fear missing out) even in light of the macro backdrop perils and doubts. And there are plenty: details of the ECB’s monster bond-buying program still need clarification; there are well-founded questions about whether the ECB QE program’ll even work to reflate the Euro and EU economies; more than a few think it’ll just slam the door shut on a so-called liquidity trap.  I won’t even start on oil price-induced issues in Saudi Arabia, Russia, Iran, Venezuela, the turmoil in Yemen, Chinese random economic number generation, industrial metal and ore prices, blah deflation blah blah disinflation.

So I’m looking at the 2033-30 Alamo level, near the bottom of the LVA notch shown above as the proverbial line in the sand. If Monday we test the 2046 Alamo – or even 2056 area – and fail, bears can plausibly take price down to 2033-30 level very easily. If we don’t see a decisive buying response, we’re almost certainly looking at late longs from last week providing fuel for a descent to the 2020 area, then potential continuation to the 2013 LVA. Further and we’re potentially all the back to the bottom of the large volume balance area and wedge around 1985 or so.

The 2033 area and levels below should provide good R/R long opportunities for the bold and the quick. That said, in my view our likelihood of  trend down day(s) increases with every handle below 2030. Should the 1985-80 level break we could be in for a more substantial correction, the likes of which we haven’t had in 3 years or so. This would effectively signal no confidence in the ECB moves, and I’d need to re-calibrate my expectations if and when this happens. No need to get ahead of ourselves. This kind of down move/failure can easily take more than a day to play out.

On the upside, we still have the 2063 – 2075 area to test and repair. Chances for sellers to step in increases as we move up given the context and Friday’s close in my view. Since we’ve already had one test of the 2061 area, the best short opportunities should come in at the first test of the 2075 area. If bulls manage to reach and repair this region (shown on weekly profiles above) the next target is the 2086 gap area. This clearly puts new all time highs in sight with the 2100 level being the first obvious source of charismatic upside attraction.

Since we have so much volatility available in the ES recently I’ve stopped trading oil for a while. The SPOOs/ES is my main squeeze. My one true love. Oil is my sumthin’-sumthin’ on the side. I’m definitely watching though. I just don’t have a need to analyze and select targets.  Sorry if you were hoping to compare notes.

Anyway, suffice to say my view is that the bottom is not yet in. The fundamentals, put simply, stink. All reports confirm we’re drowning in oil, RBOB and there will need to be some substantial shift in the supply situation (with status quo demand) to bring this downside to a halt. Only the first hints and rumors of future supply reductions are beginning to surface, but in my view they don’t really matter just yet. The king of glut will probably take months or even quarters to resolve. That said, we’re seeing the kind of pool-pop-and-drop price action I’d expect out of healthy price discovery.

Crimson and Clover, Over and Over