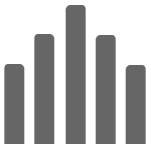 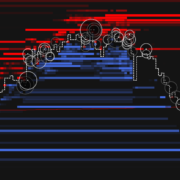 Every now and then I see a comment or quip where it seems pretty clear that a trader might not really get it. By it, I mean liquidity… aka order flow. Not being judgmental here, the term itself is confusing. I mean there’re a couple very different aspects to order flow and that’s really the cause of the muddle.

There’s “active” order flow and then there’s “passive” order flow. Active order flow’s the volume that’s actually traded. Traded volume can be called active because it requires a market order (a willingness to pay the spread) in order for a limit order on the other side to be matched and traded out of the order book. The source of the market order can be considered an aggressor. And then there’s passive order flow – passive because it’s basically an advertisement for business. It’s telling the world I have x number contracts or shares to buy or sell at a given price. These orders are telling the world come and get me… if you’re willing to pay the spread.

So this confusion’s understandable. I like to call the active variety of order flow traded volume or tick analysis and call the ebb and flow of orders in the market depth book what it is… order flow proper.

To that end, in Part 2 (click here for Part 1) I want to show a good example from today in NQ of a counter intuitive order flow concept: liquidity attracts price.  You can use this concept to help you answer (at least) three fundamental, objective questions:

Below we have a chart series spanning 2 hours from about 7:45AM PDT to 9:45 AM PDT, and it pretty clearly shows how order flow can reveal to you what’s about to happen.

1. Just before 8:00 significant bid liquidity steps into the market and sellers begin responding. Bids are added, sellers continue to eagerly respond and drive down through the bids: 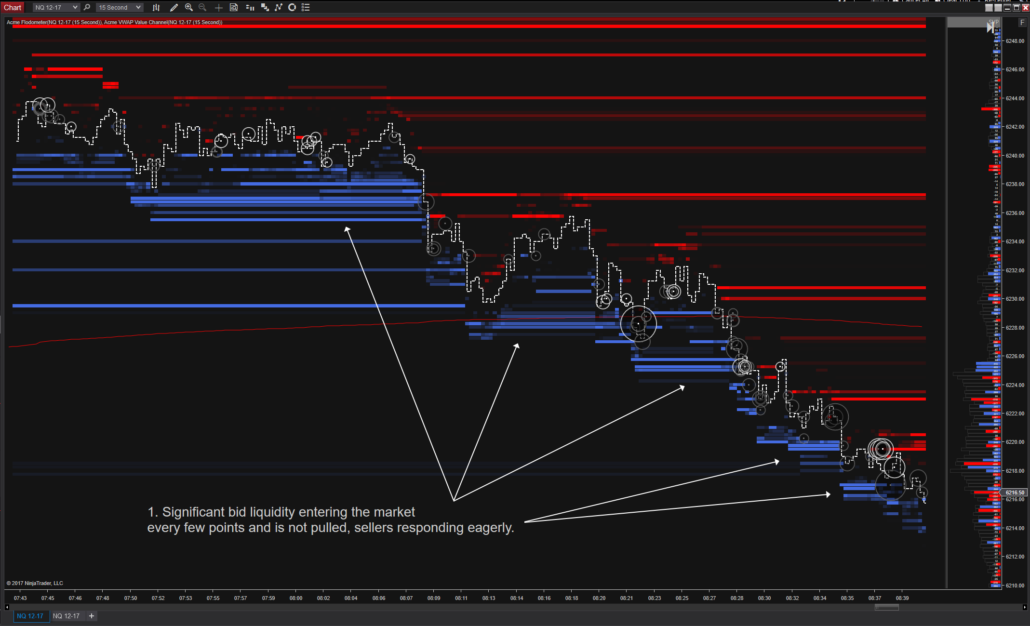 2. As price moves down, bid liquidity notably dries up around 6215. Offers also dry up very briefly at the same time. This can be an important clue for a cessation of hostilities, or a turn in a swing with power. Astute readers will notice what develops as price bounces from 16ish… 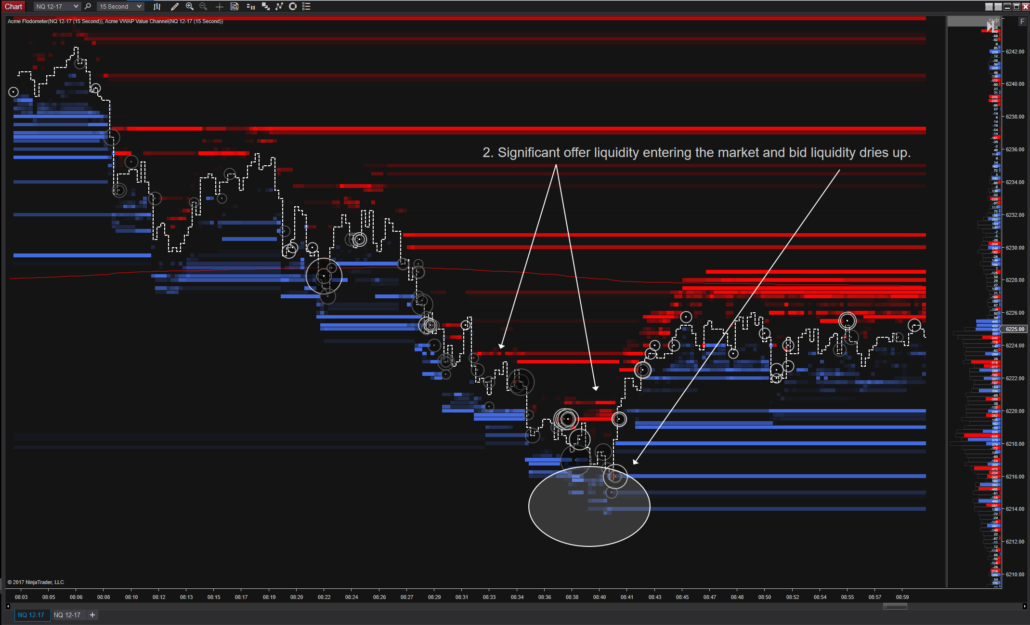 3. This move has passed 25 handles in just a few minutes. Some late sellers decide they want in (or out, we don’t really care which), but buyers aren’t reacting. Sellers now start to move at market and press price down another 20 handles in 15 minutes.

4. Notice the difference between the first leg of the move (above) and this one? Yeah, the bids are LESS and the offers are MORE. This liquidity imbalance is a clue that something is likely to happen. You guessed it. It’s about to attract price, but the other way round.

5. After a brief liquidity drought (get it?) new bids step in near 6200 and then begin using market orders to lift the offers for a fast 15 handle rotation the other way. 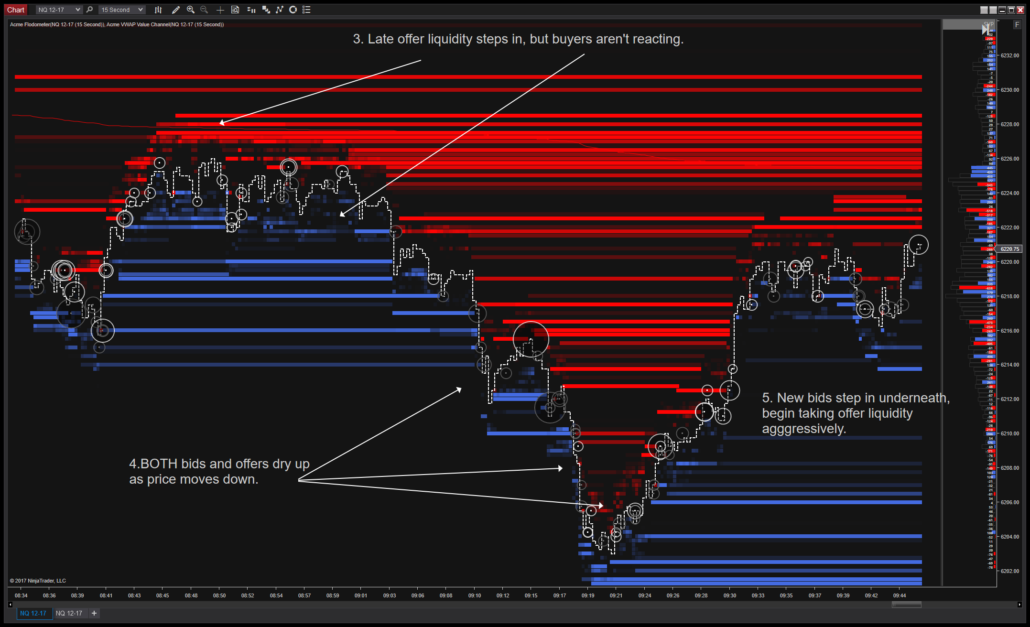 That’s it for this installment – hopefully it’ll be less than a year until my next installment. In the meantime… trade ’em well. 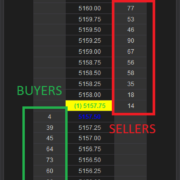 I’ve had muchas preguntas (many questions) on Twitter lately when I mention things like new offers/bids coming in to support/resist at [whatever price]. It’s really hard to explain in one chart image and 140 characters, and today we had some crystal-clear examples in the ZB futures contract, so lets explore.

Before we get to the heart of this, a little exposition is needed. Many traders don’t realize the futures (and most stock) exchanges actually have 2 feeds of data – the most well known feed is called level 1 and contains 3 (or 4) pieces of information for each trade, for each instrument:

The other feed is market depth or level 2 data. That’s all the prices and volume above the best ask price (offers/sellers) or below the best bid (bids/buyers), and this is the information that’s used to populate a DOM (depth of market) display:

The total set of data  – all the bids and offers at a given time – is commonly called the order book. If the price bars on your chart were a cake, this information is the raw ingredients for that cake. The process of matching buyers and sellers at the best bid and ask prices is the baking. Without both the ingredients and the heat, you ain’t getting a cake.

Right now you might be saying to yourself, “Yeah, ok, but why should I care? I don’t really like cake.”

I don’t either. But I do care about making trades at the right prices, so looking at all available data to make those buying and selling decisions (assuming you have that data) is just common sense. So what we’re going to do next is look at how we can combine traded volume at price with the order book to get the clearest possible picture of what’s happening in a market at a given time.

Support and resistance efforts can be seen in both the traded volume history (see: Volume Impression) as well as the order book history (see: Flodometer). Some general patterns we want to look for in quality support/resistance are:

Around 6:45 PST we had a test of the previous days’ value area low as well as the 60-minute initial balance high. These are common prices at which resistance is found, but when price gets there are there any clues it’s going to hold? 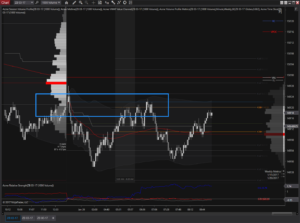 First, let’s look at traded volume. How’d we do according to the guidelines above? 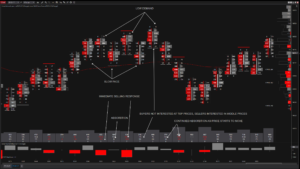 Next, let’s look at the same resistance from the perspective of the liquidity, or the order book: 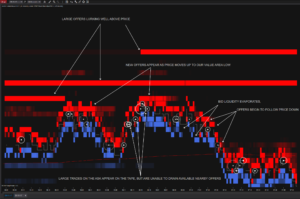 There are other counter-intuitive ways to look at this information, these are commonly talked about as head fakes, traps or stop runs, but that’s for the advanced lessons. This’s a crash course, remember.

Same session, this time near 7:40 PST we saw ZB make another attempt at a low and buyers were successful and holding price above the Globex low of 148’30. 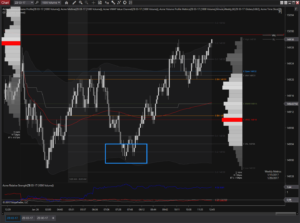 Using the criteria above, what were the signs in traded volume that the low would be held? 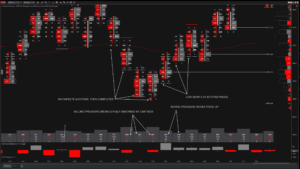 Now the same support attempt, from the liquidity perspective:

In this scenario, sudden moves can be really difficult to detect in traded volume, mostly because it looks like nothing at all is happening: 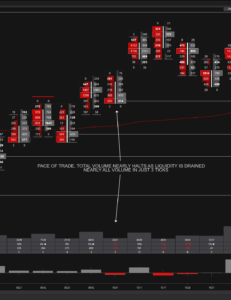 Though this is where watching liquidity conditions has an advantage. Price tends to move quickly in low-liquidity situations, but slowly when liquidity is high. Why? Because in order for price to move, the limit orders at each price in the book must be filled. Fewer orders, the easier it is to clean out a price and move to the next. So, when liquidity is being drained – rather than added  – that’s very often a clue something’s going to happen very soon. With that in mind: 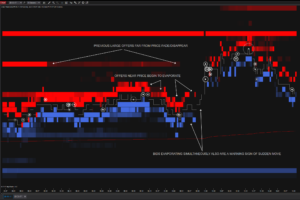 Like I mentioned at the start, this is a crash course. These are just a few examples in one instrument in one session. The evidence in traded volume and liquidity varies from instrument to instrument, but the signs are generally the same. Hopefully this was helpful and, until next time, trade ’em well…